Aalborg is well connected through public transportation both nationally and internationally. Below are some of the common ways to getting there. 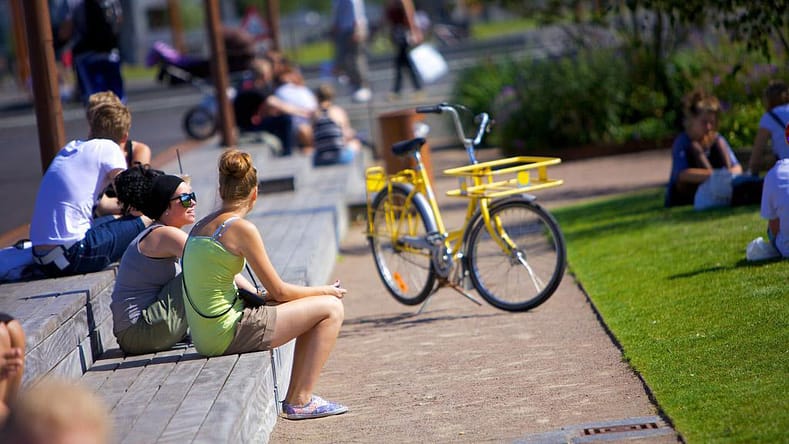 Travel by air
Aalborg Airport is located on the northern side of the fjord, close to the city. Public busses from the airport leave three to five times per hour and takes around 15 minutes to reach the city centre. SAS, KLM, British Airways, Norwegian and other carriers connect Aalborg to a large range of European and transatlantic cities such as Berlin, Amsterdam, London, Oslo, Barcelona and New York. Up to 16 daily flights between Aalborg and Copenhagen furthermore secures great access from all over the world. A typical ticket from Copenhagen to Aalborg is spanning from 30 to 80 GBP.

From Aalborg Airport its possible to take a taxi to the city center (approx. 120 DKK) og use one of the local busses going into the city. The bus stop is just outside the Airport terminal, but make sure you take a bus in the right direction (or you might end up by the Northern Sea :-). Here’s a link to a travel planner including all local busses and trains.

Travel by train
Aalborg Railway station is located in the city centre and allows conference attendees to travel to Aalborg from almost all European countries with comfort and ease.

Travel by bus in Aalborg
Aalborg has an extensive network of city busses and metro busses that allow visitors and locals to move around easily. However, the proposed conference venue, hotels and other points of interest for E&PDE attendees are all in walking distances to each other. Please be aware, that you will need Danish cash (DKK) for buying a ticket in the bus.

Link to Danish travelplanner – useful for local busses and train (available in Danish, English and German)

Click here for more information about how to get to Aalborg